Broadstairs Anti-Racist Graffiti: It Was Me What Done It! 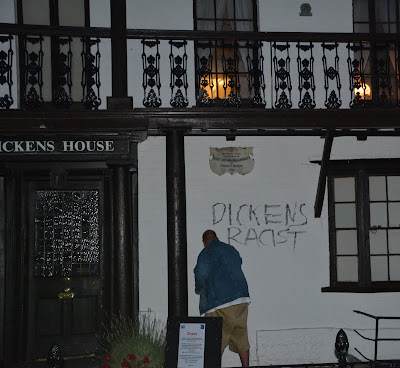 I selected the targets as they  represent the deep-rooted institutional racism of Broadstairs Town and Thanet District councils and the  Broadstairs Dickens Week and Folk Week charities  who openly support, celebrate,  and fund with public money, offensive blacked up Morris dancers, Uncle Mack’s blacked up Minstrel show memorial,  and genocidal racists such as  Charles Dickens and King Leopold of Belgium. 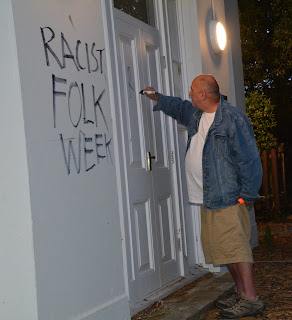 I am already under Police  investigation  for spray painting the protective box covering the Uncle Mack memorial following a Black Lives Matter demonstration in Broadstairs on 13 June.   I have no regrets about my actions. I will  be making no apology.  I did the right thing and would do it again if needs be. I have,  and will, co-operate fully with the Police in their investigations and will robustly defend my actions in court if I am prosecuted.

I have been  campaigning  against, what I  believe to be the institutional racism of  the Broadstairs and Dickens and Folk week events  and the Broadstairs and Thanet councils for several years but to no avail. I have now been forced,  by the inaction,  of these organisations to take direct measures  to expose the appalling racism of our local government and some of our major charities who are  being funded by the councils. Although I live here and love the place, in my opinion Broadstairs richly deserves the epithet Racism-on-Sea. 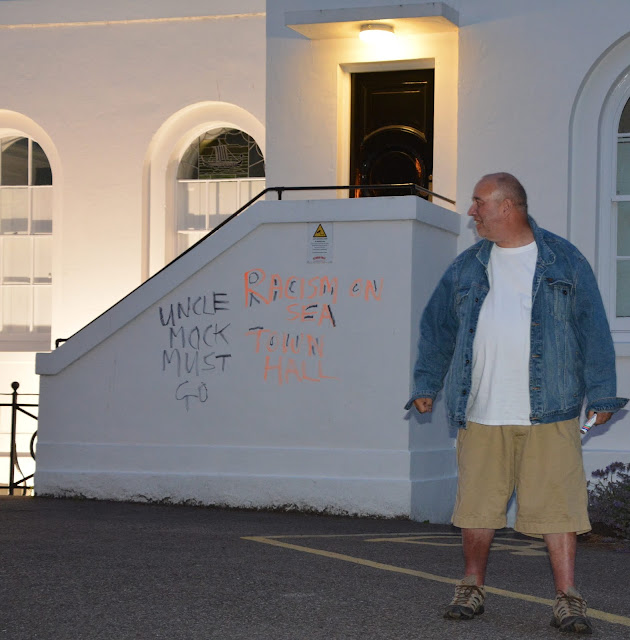 My  actions are  nothing to do with the Black Lives Matter movement, of which I am a supporter, and are purely part of my  own  individual protest for which I  alone am responsible.

My actions were provoked by Broadstairs Town Council decision of 24th June to retain the Uncle Mack memorial and Thanet Council’s woefully  inadequate review of  its publicly funded racist properties and activities.

My actions were inspired by the brave and heroic people who recently  toppled the statue  of slave owner  Edward Colston  in Bristol,  and the hundreds of thousands of people across the world who are toppling and defacing thousands of  other racist memorials and forcing their governments, through direct action such as mine,  to rename  the  streets and buildings which previously honoured and celebrated  racists.

Peaceful direct action, such as graffiti,  the destruction and defacing of offensive statues and memorials has always been, and always will be, a legitimate  part of  protest and social change and was used extensively by the suffragettes, the anti-poll tax, anti-fracking,   and climate change movements in the UK,  and national liberation struggles the world over.

I fully support and encourage this form of political expression wherever and whenever  it is necessary, especially in my hometown which,  to its shame,  is rapidly becoming known as  Racism-On-Sea.

Here are links to some of my previous posts